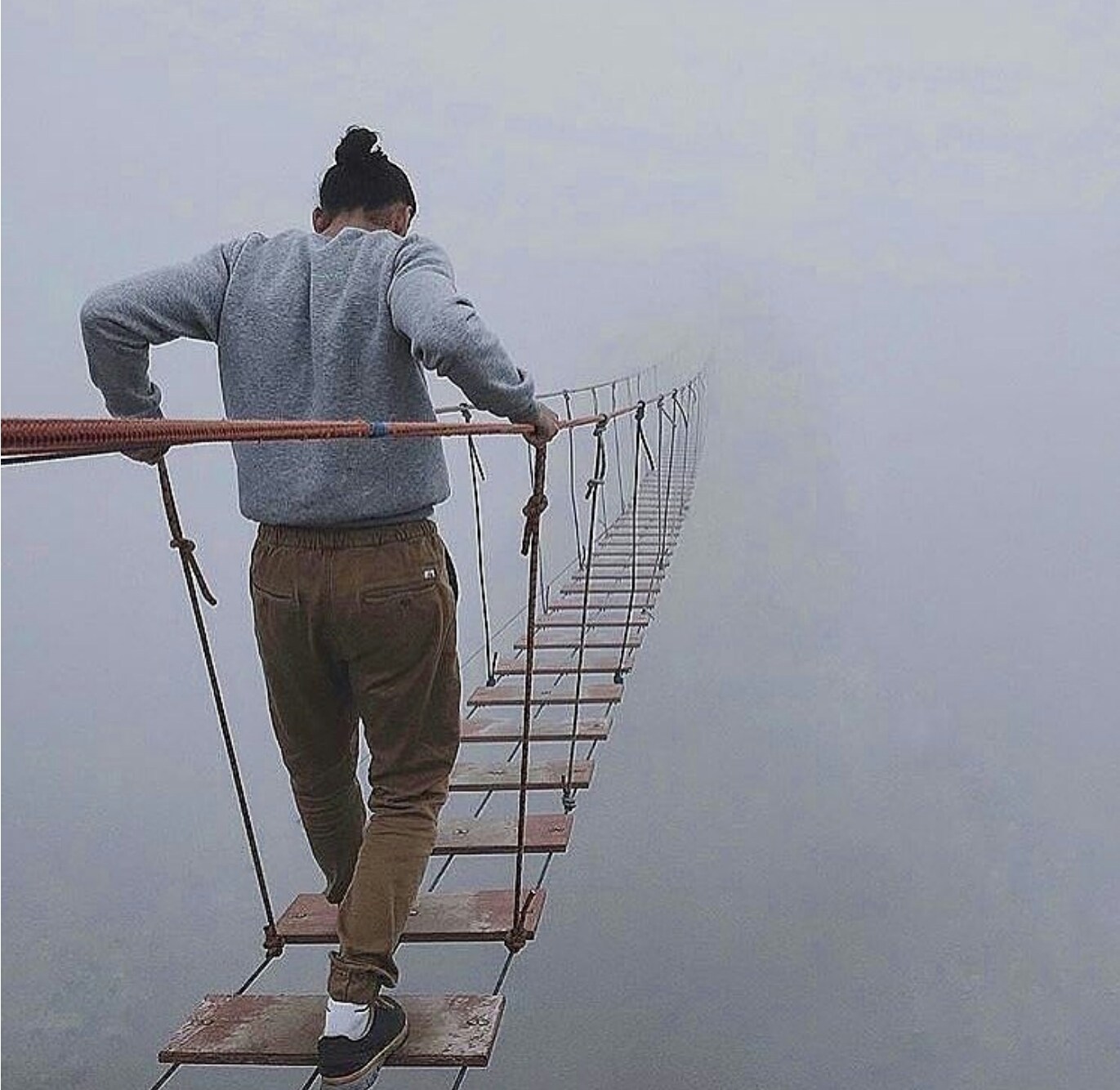 When I look back now, it almost feels like the year I’ve had could very well have been a scripted show. Not some blockbuster flick, mind you, but more like some story with a rather random, mildly pointless, sickly sweet plot. Like Donald Glover’s Atlanta – without the rather effusive Paperboy soundtracks. The theme song for my 2016 was predominantly Jon Bellion’s music. You may roll your eyes now.

The Beginning – He is The Same

2016 didn’t really start in January for me. The series of events that formed the plot of the entire year began on August 31, 2015. I had come into Lagos the day before to have a meet-up with the CEO of the company I would eventually work at. I’d recently left my previous job in Port Harcourt, as the raging oil crises at the time laid waste to my department and virtually a third of the company I worked at. I decided it was time to pivot and had 3 of the top companies in Nigeria’s burgeoning Tech industry in my sights. My friend, AY, being already there greatly influenced the company I eventually focused on and came to. The August 31 meeting happened and I was asked to start the next day. Being a typical nomad, I never went back for my stuff in PH, save for the backpack and the suit rack I came to Lagos with.

I’d never had to work under so much pressure in my life – which is weird, because only the Christmas before that, I was attaching sand-control sensors to a live gas wellhead with a pressure of 2700 psi. This was a different kind of pressure though: the blistering pace at which things ran (and changed), the KPIs and deadlines that lunged at you at neck-breaking speed, it was all new to me. I was at my wits end a lot and, quite frankly, I don’t know how I survived the first few weeks. Many didn’t.

I wanted to quit a thousand times those first few weeks. It literally felt like I was on the House, MD set – working with a team of uber-smart young people who all wound up here because they wanted to come work for a man who loomed larger than life, so to speak, and be part of something greater than themselves. It was tedious, exhilarating stuff and I stayed because I wanted to prove a point to myself. Also, because it was fun, for the most part.

In January, people generally have the popular sequel to the season of introspection that engulfs them in December: resolutions. The same is true of companies. In January, my team sat through meetings everyday for the entire month, chromecasting data and spreadsheets, planning, deciding on and hacking away at the Trello Board activities that mattered and where critical for Q1 and Q2. Also, I was finally able to move into my apartment in Yaba – after having stayed at my friend’s since September 2015.

I began to head my own team in March and got to experience the satiety that came from accomplishing stuff I wasn’t sure I’d be able to achieve before being assigned the role. Growth.

This year wasn’t all about work, even though that was the biggest chunk of it. I had the good fortune of making and reinforcing new bonds with some people I’m glad are in my life now. I’m always preoccupied with the many things life is tossing at you in Lagos and the few people and things that help take my mind off of everything came in handy this year.

I didn’t keep in touch much with so many people this year because I was almost always too preoccupied with work. And, after a while, the I’m-so-sorry-I-forgot-to-return-your-call excuse began to sound so contrived it made things even worse. It felt like I was alone in this maze trying to figure life out on my own, estranged from nearly everyone. I literally had to schedule phone calls to my parents on my calendar after a spell of forgetting to reach out. They never got tired of calling though. I remember a period I’d call just to hear my 2 year old niece speak on the phone. She never said much but those calls helped me through some really difficult moments this year. She turned 3 this week, by the way.

I briefly fell in love (I know, I know) this year and she loved me back but it wasn’t meant to be. Everything crumbled right as we tried to get off the ground – and it sucked really bad because it was no one’s fault. I think the hook on Jon Bellion’s Paper Planes is a more fitting description of our story:

We started to fall right out the sky

Without a warning call. Nahh-hoo…

We started to fall, no parachute so we had no time to call, for mayday mayday..

But that’s when the rain came

That’s when the pain came

We were never ever gonna make it far

I know we tried to fly away, but we were just a

Sheesh, look at all this mush! Oh well…

One thing I’m grateful for is my faith and how I managed to keep it throughout 2016. This year was insufferable, for the most part, and it was difficult to pray on the many occasions that I should have.

September was the peak! Life came at me so hard on so many fronts it was near unbearable. At some point, my mild insomnia kicked into overdrive and I went days without clocking in any sleep – nights spent lying listlessly in bed, unable to rest easy. I had to take sleeping pills on two such spells this year. I saw an apt quote once that described these moments: “sleep is no use when it’s your soul that is tired.”

I found myself whispering prayers and “talking” to God like I would to a therapist on such periods – no fervency nor “earnestness”, as it were. I was on autopilot. But even those half-hearted prayers proved enough sometimes.

I’m so grateful for church and the privilege to have served in the choir (still do). That did me a world of good this year, acting as an anchor for my soul and helping to rein my mind in every now and again.

In August, after a super long general meeting that really should have been an email, a year of accumulated burnout began to take its toll on everyone at the company who had arrived right before or about the time I came. Some of the best folks started to walk and it wasn’t the same from then on. The culture had evolved so much that walking was a more agreeable option than the alternative. I will always look back at this year and be thankful for the chance to have been around and work with the set of people I worked with. And for the amazing things we pulled off and those KPIs we crushed.

2016 is ending just as the previous year ended: with me on the cusp of a new adventure. It’s been a packed year with so many things that, on their own, really don’t matter much. But I grew this year in so many ways. I learned so many new things that helped me do my job, juggled a podcast and a radio show – among other things. I read more books this year than the last but not nearly as much as I’d have liked. I’m on a group chat with 3 of my friends that’s basically a book club with associated life chatter on the side.

I learned to be a tad less impatient with people (Femi would invoke the C-word here). I was also fortunate to be of help to a couple of people and to receive help when I needed it. Yeah, I have a few regrets about some things that never happened (like how I’m still not rich yet and don’t own a beach house) or that I could have done better, but I can sit back and look at 2016 and say to myself: not a bad year, mate.

PS: This is the second post in the Neverwhere series – a collection of writings chronicling my work-life experience as a young man living and working in Lagos. Read Neverwhere 1 here.