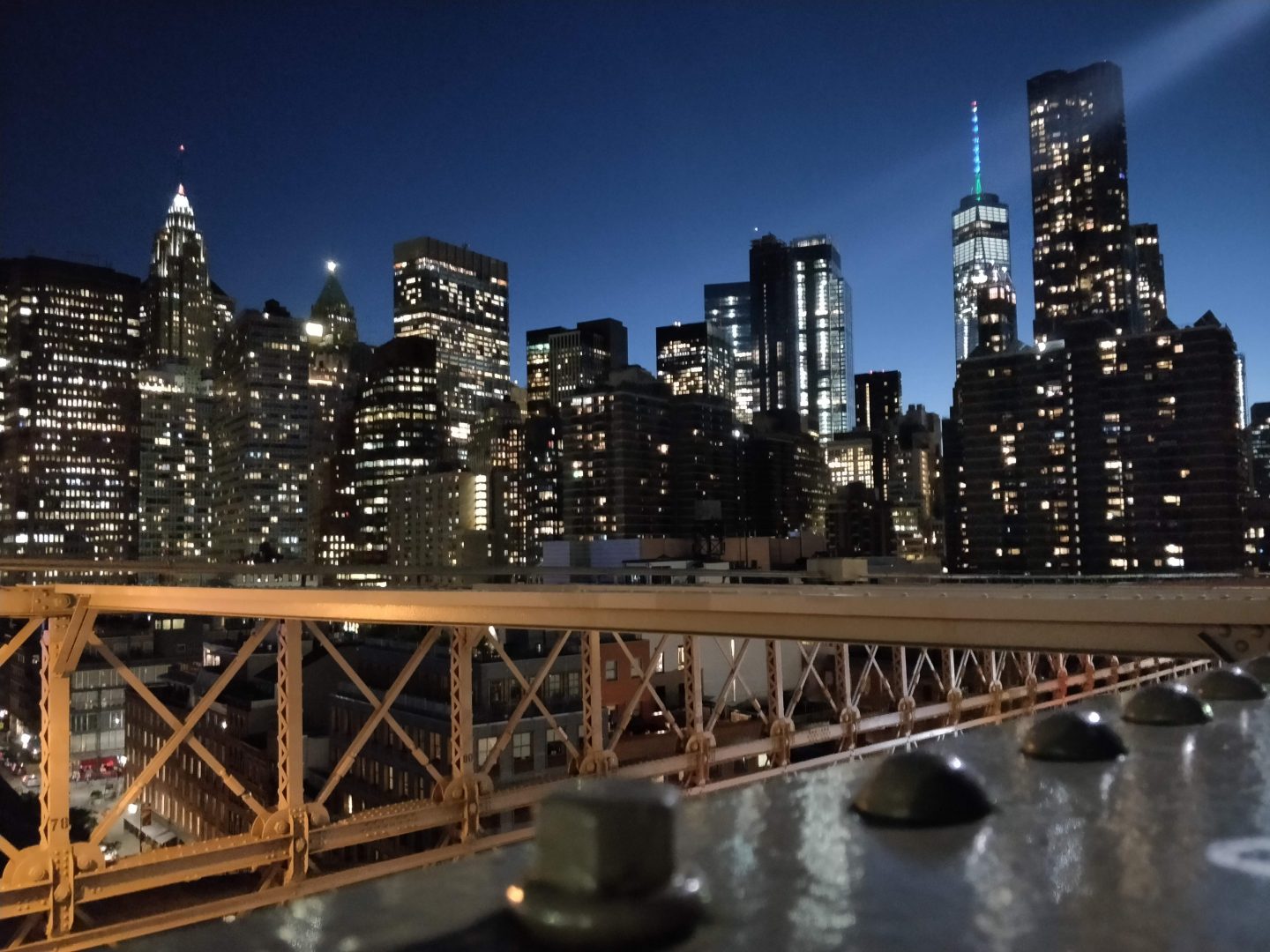 I haven’t bothered with New Year resolutions in recent years. In my experience, the satiety associated with ticking items off on a diary at the end of the year didn’t always translate to a substantial forward push on the dial of progress. Every January since has met me unshackled by resolutions and bearing a measured hope.

I started off 2018 riding high on incipient despair. Every part of me was sick of the daily commute from Yaba to Lekki for a job I’d began to grow weary of right before the New Year holidays. I was desperate for a change – not the kind you write down in a diary and wait to tick off, but the kind that mattered. It filled my every waking moment and seeped into my sleep often. I considered resigning as soon as I hit the 1-year mark a month later in February. Because a 1 year period (minimum) at a job tended to look better on a resumé. It was my intention to refrain from holding a regular 9-5, as I had plans to dust up my freelance suit and get in the game again.

“The best-laid plans of mice and men come to ruin without money.”

That’s not how that saying goes, but you catch my drift. Not having enough runway money saved was getting in the way of my resigning. I barely had enough to pay the bills and move around conservatively. I could barely save, never mind build a runway trove. It was frustrating as hell. I was stuck, and this was January, the winter of the financial year.

On Tuesday, February 13, 2018, I got tickets to an advance screening of Black Panther. It was the night that the tides started to change for good. My phone rang and it was the CEO of one of the top tech companies on the continent on the other end. He wanted to meet that night, but I couldn’t forego the chance to see Black Panther before everyone else, so I asked that we meet the next day, and he agreed.
My friend Fu’ad was at the meeting the next day. He’d got the call too. The following weeks would see us (Fu’ad and I) have meetings at restaurants. We frequented Mr. Biggs on Masha on so many nights after work to discuss ideas and work on decks for a project we were working on to demo before the company looking to hire us. We were both on the cusp of higher tides, and we were doing all the work to be ready. We eventually went on to work at different companies in the end, but there are ideas we talked through on those nights that we will have to work on someday yet.

People are watching you.

2018 let me know people have been paying attention to my work. In mid-April, I was fortunate to get recommended for the gig I work now, right at the same time I was in talks with the other company. It was pretty surreal, but 2 weeks and five interviews or so later, I signed a contract to join. Then followed a slew of fortunate events in quick succession and, two weeks after my first day, I was on a plane to NYC. Everything had changed and I wasn’t nearly ready psychologically, I think.

Through the looking glass

One requires a new set of nerves to deal with joy if all you’ve always known is mostly pain. On my first night in New York in June, as I sat up in bed trying to take it all in, it dawned on me that I still wasn’t quite in tune with everything that was going on yet. There was a flurry of obligatory congratulatory messages from friends and family piling up on my phone, and all I felt was some kind of detachment from it all. It was like I’d gone through the looking glass and become an onlooker in a simulation in which the main character was also me. I was in dream-state consciousness. It took me about 6 weeks to get well adjusted to everything. 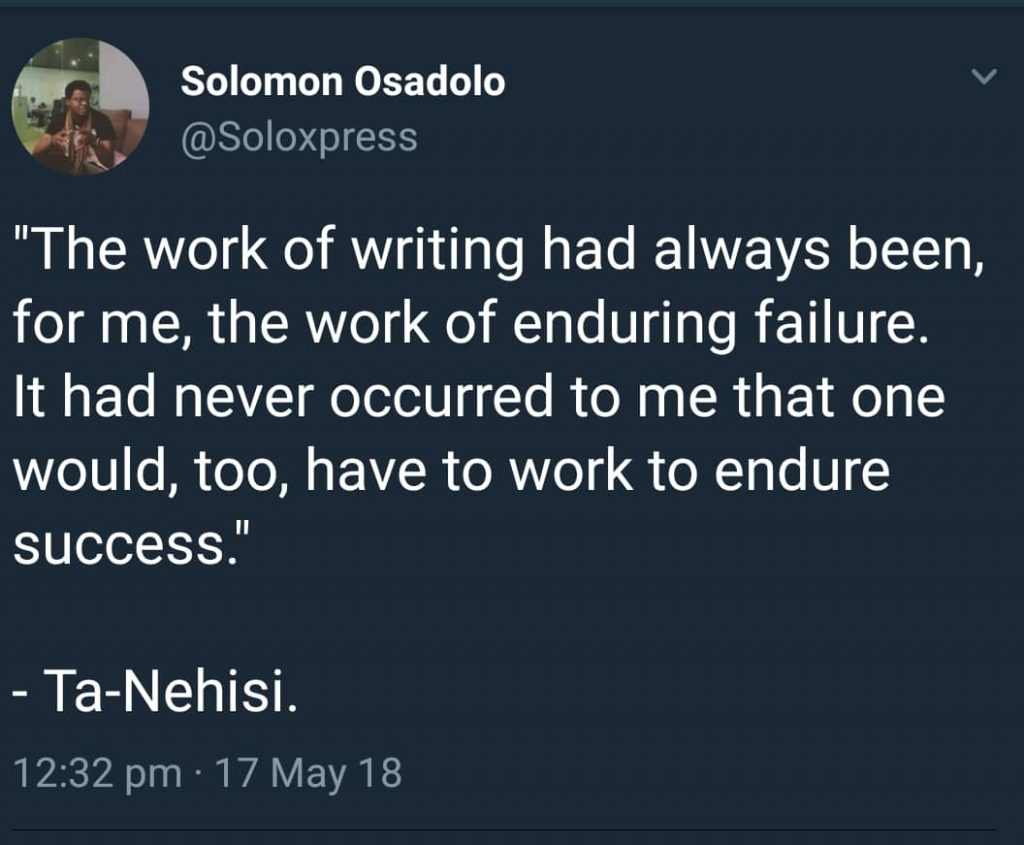 I think pain makes for good stories or art. I’m not some masochist or anything, but it always seemed to me that people who put out great work always seemed to be dealing with some kind of pain; like they take all that hurt and use it as a canvass to create something truly special. I hesitated on writing this review because, as I said to my friend Femi when we talked about it, I’m not sure I have enough pain to graft everything on. It is a kind of twisted way to think about things, but if you know, you know. But I know pain.

In the middle of a monthly Zoom sync with my team in August, I got a call that my dad had been rushed to the hospital. His BP had spiked and he had a stroke. I sat there thinking, “well, shit.” Something broke in me that day. He is in recovery and will require many weeks of physiotherapy yet to regain the proper use of his affected limbs.

I almost lost out on love again this year. In fact, I did temporarily. After months of waiting for a response from the LOML, right when it seemed like we might actually happen, she got on a plane and bid farewell to Nigeria in October. I went with her to the airport that night to see her off. It was one hell of a day, as I knew that this surely meant the end of the road for us. It was a crushing feeling. While we sat there in potent silence waiting for her flight, I joined a scheduled call at the office and reality poked deeper, still. The head of my team who also doubled as my new mentor (we’d just had our first session two days before) had left the company that day. My mood tanked. About 40 minutes after the call, it was time to check in. I hugged the LOML goodbye and willed myself away from the airport in one piece. I reckon If I was a man prone to substances, I might have OD’ed that night.

Nearly a month later, she came back. I finally got my response and with it came joy like I’d not known in a long while. After what seemed like an eternity of waiting – and not for a want of trying – I finally lucked out on love, and it was well worth the wait, I tell ya.

As I try to mentally navigate this year, I realize, for the first time, there are way more happy stories than there are painful ones. And I decided that they deserve telling too. In late 2016, I tweeted about wanting to move to a bigger apartment with enough room for a mini recording studio and a library filled with books. Well, it took about 18 months, but I finally moved into a bigger apartment in this year. I haven’t installed a studio yet, but there’s room now for it. An ad I wrote last year for Wikipedia won an excellence award last month, so, I guess, technically, I’m an award-winning writer now, right? I facilitated a masterclass and spoke at Social Media Week Lagos in February. I also successfully hired someone who’s proven to be a right fit to continue writing forLoop Weekly from forLoop Africa. Win.

God came through for me big this year. I now work a job I love, I live in a house I love, and I have the LOML who loves me enough to want to be with me. As goals and New Year resolutions go, these unwritten, unspoken dreams came true.

This is the last day of the year. As I look back, I can see all the things I couldn’t accomplish or follow through on. I paid for and started courses I didn’t finish. I also started projects that are still in their early stages it’s difficult to make anything of them yet. As 2019 looms across the horizon, I am doing that thing I haven’t done in a while: writing down the things I’d like to tick off at the end of the year.

For starters, I’m going to learn and be proficient in one programming language in 2019. I work too often with devs to not know how to code. I’ll also be taking project management training, as it is increasingly apparent that I need it for my job. I’m getting a lot of invites to teach content lately, so I see a lot of that happening in 2019, where I will facilitate sessions on writing and content. I might write a book, an ad or a movie. Mazel tov.

I have the good fortune of being part of a rockstars team at work. In the 6 months of collaborating with them, I’ve been able to stretch myself and learn new things and a better way to do work. I’m excited about all the things we will do in 2019.

Catch up on Neverwhere 3.0 here (and follow the loop to the first one if you’re that psyched about my story)