The last 3 months have been a roller coaster on all fronts. Last night, I and my team recorded the 12th episode of the ChattrBox podcast and it dawned on me that we’d logged 3 months on this thing already. Incredible.

It all began on some Friday night, late in May,  when my friend Henry Igwe – Copywriter and Editor at Naij.com – showed up at my house in Yaba. He was in the area to meet up with some folk to record some other podcast he was working on at the time. The recording didn’t happen. Logistics nwhatnot. It was too late to head back home so he came over to my place. We talked about work and stuff and memories and trajectories from Uniben. When he tried to sell me the idea of us starting a podcast together, I kinda shrugged it off. Like, I was too busy with work at the moment and I’d not-too-recently started managing a new team. There were KPIs to be met. Too busy, maybe later, I said. We left it at that. But Henry is a marketer and, by the next weekend, I was heading to a studio in Lekki to record a podcast whose name we hadn’t even decided on yet. We figured out the name just minutes before recording began. The Chatterbox Podcast, by Henry, Solomon, and Cyclone. (Cyclone is a singer and an actress. She was in uniben too)

Fast forward to the first weekend in August. We had put about 8 episodes out already on SoundCloud and were getting some good feedback. Then we went on Ebony Life TV as guests on The Crunch. Henry was basically working his media connects and marketing the podcast with the single aim of getting us to do it in the big leagues: on radio. Ebony Life TV was the first crack at the good stuff. 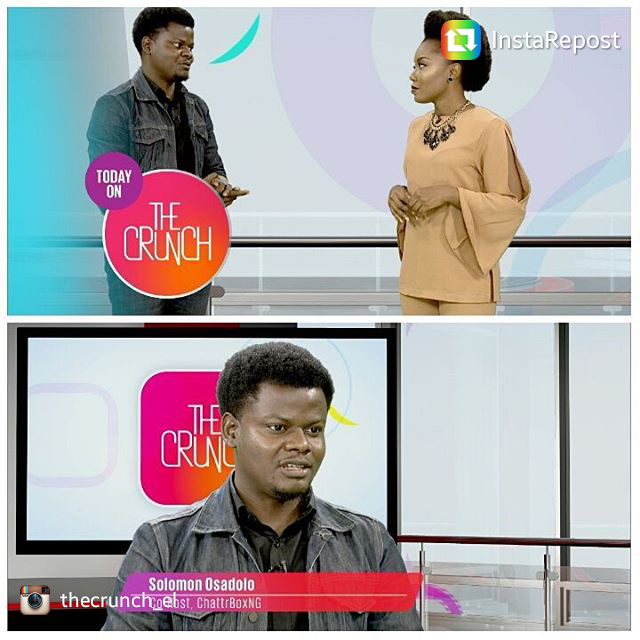 We moved on from that and progressively got better with the pod. Better traction too. Owen, friend, and classmate of mine joined us the next weekend and became a regular on the pod as Cyclone got progressively more preoccupied to continue with us. By mid-August, radio came calling. Henry’s connections had come through and we answered the call to do a “clean” version of our podcast on the radio. You know, for the NBC nwhatnot. Can’t have Henry cursing on radio and getting us corporate flak. Lol.

Getting on the radio was massive. LagosTalks 91.3fm is the sister station to Naija102, Beats and Classic FM. We got a 1 hour, prime-time slot for the show on Saturdays. Couldn’t get much better than that. And the feedback has been great. Now, we do the radio show and still record the podcast every weekend. Whew.

I still do my 9 to 5, working at Nigeria’s best and foremost Travel-Tech start-up and that is a massive experience all on its own. Now, media is part of the mix as well. Was speaking with Stanley Azuakola (Editor/Founder of The Scoop and good friend – and classmate of mine) a few weeks ago and we joked about how I always manage to end up being on the radio and/or TV, no matter where I go. Three years and three cities after, the same trend. There’s no escaping this stuff.

On The Big Story, we do a quick run down and analyze the biggest stories that make the headlines every week. Same thing for the podcast, except it’s not particularly radio prim and proper nwhatnot.

Lagos is intense. There’s hardly ever any free time but we do what we must and scale the hurdles every day. We are young now anyway. Might as well expend the energy well now before our time in the sun is up. I’m eager to see how this all pans out though. It should be good.

The fifth episode of The Big Story airs today at 11 am Nigerian Time. Tune in to LagosTalks 91.3fm to catch it. Or stream it online. You can also catch up on previous (and subsequent) episodes of the ChattrBoxNg Podcast on our SoundCloud page.