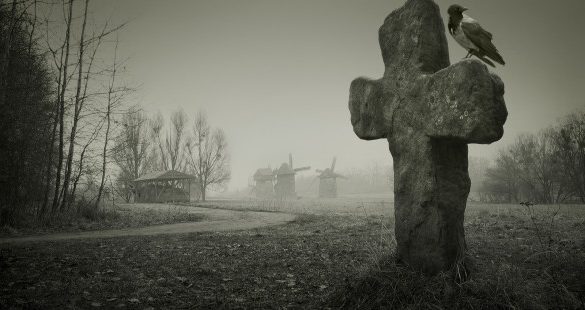 I’m all set to leave when the boy enters the booth and sits. At first, I can’t tell if it’s a man or a woman on the other side. The person just sits there, hesitant, like they’re still fighting the decision to be here without realizing that they already came.

It’s 9:16 pm on my watch. Time for the sessions has long elapsed for the day and there’d be no one else in the premises at this time. But I sit back on the chair anyway. Whoever it was on the other side must have some humongous load to get off their chest. I might as well hear them out and send them on their way.

“Forgive me, Father, for I have sinned. ”

His voice is faint, a bit raspy – like he’d choke on the words if his tone was any louder. He must have been crying. I sense fright in his voice, not remorse. He couldn’t be more than 16.
“How long has it been since your last confession?”

“This is my first time, sir”

Poor kid. Admittedly, this routine still needs some getting used to on my part as well. I don’t say it, though.

“What is it you’ve done that you require forgiveness?”

Then he goes quiet for a spell that gave a rather violent tug at my patience. The traffic on my route back into town should be building up now and won’t let up for another 90 minutes or so. This is going to be a long night.

“Don’t worry, son. The Lord is merciful and he can grant you pardon regarding anything if you ask.”

“I slept with my sister, father. We’ve been doing it for a while now.”

Okay. I didn’t see that coming. Stupid kids. There have to be less retarded ways to let out sexual tension than…

“Are you sorry and ready to repent of this sin, my child?” I almost shudder as I try to balance the words on my tongue without letting my utter contempt for the kid slip out.

He says she’s pregnant and they’re contemplating abortion. “My father will kill us if he finds out, Father. My sister says she’s afraid and wants to have the baby.”

“And you? You want to kill the unborn child?”

“I don’t know, Father. But, see, my sister cannot carry a pregnancy that she can’t explain. We’re both in SS2. My father will kill us. He will kill me.”

“I think you’d agree that it is explainable. You both had sex and she got pregnant. It’s quite simple, son.”

I’m not helping. The boy is terrified and I’m quite content playing Mr. Smarts.

“But she can’t be pregnant, sir. We’re going to remove it before her belly rises.”

“Why have you come here tonight? You seem intent on committing more sins.”

“I hear one could speak to a priest to grant me forgiveness for my sins, Father.”

“That’s not how this works, son. You’re supposed to ask for mercy only when you’re repentant for sins you already committed. You don’t come to Confession to make out an insurance policy for sins you’re yet to commit.”

My impatience is getting the better of me. I should have been on my way by now. The boy sits quietly for a while longer. He sighs and gets up. I can visualize a complementary shrug. He asks what I would suggest he do instead, then interrupts my response with “nevermind, I know what your response will be, Father.” I’m not sure if I had one, to be honest.
“Tell your parents. Both of you. You will not be killed. They’re responsible for you. Let them decide the next line of action.”

He was gone before I could think of a retort.

It’s 9:49 pm now. Father Greg looks shell-shocked on the floor next to me. I’d cuffed his hands behind him and made him lay on the ground with my gun pointed to the back of his head. He’s heard the entire conversation with the kid and I can’t tell if, underneath that cloak of fear for his life, he is actually impressed with how I handled myself with the kid. Of course, I had my gun trained on him the whole time.

“Forgive me, Father, for I have sinned,” I say as I slam the hood shut. I pull out of the empty compound and head for the highway. “For I will sin,” I mutter under my breath as I join the highway traffic.