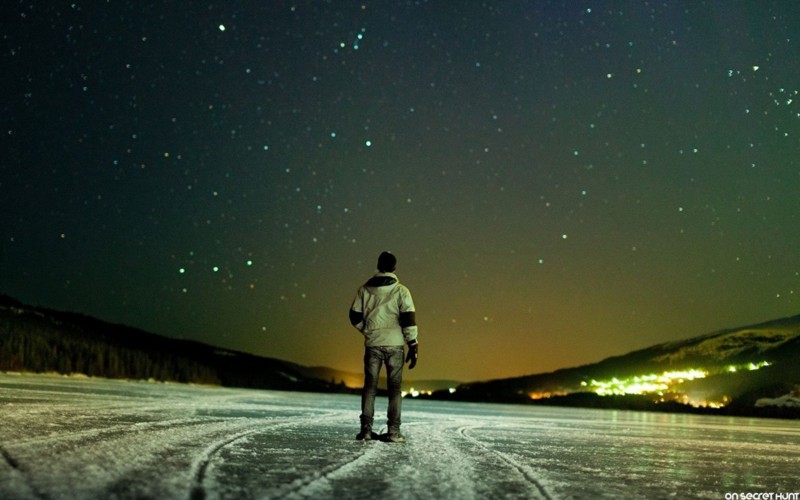 It’d probably help with me feeling cranky every time. I had no taste for sweet things when I was little and now I can’t stand things that are bitter. My parents missed the window to teach me to drink coffee or any of those shitty bitter things that are supposed to be good for you and whatnot. But what do you do when your kid hasn’t got a sweet mouth as they should? You strive for normalcy.

Normalcy sucks. But it is efficient.

I haven’t been home in a really long time. It’s funny how we keep longing to go home but never quite get to make it there. Because what’s supposed to be home isn’t by the time you’ve grown. The people and the bricks are pretty much the same but the feeling isn’t. You return now, every once in awhile, only to catch a wisp of the fond memories now buoyed by the faces of the people you love and in the eyes of those you must.

This is the third city I am settling into in the last 3 years. I have averaged a year in all three, going where work takes me. When I left home for university a decade ago, I was a precocious teenager seeking the thrill associated with unraveling the mysteries of the world. Six years and two majors later, one was not nearly as keen about the world as one once naively was. I’m not quite sure precociousness applies to teenagers anyway.

I am not rich yet and it’s hard to not be a tad disappointed at the universe for not taking its cue – we should have already moved past this. Three years ago, when I hosted a breakfast TV show in the East and juggled a radio show in tandem, I was some kind of rock star. People would fawn at you in street corners, at events and market places that you’d have to keep up appearances. You had to be the guy who has got it all together and was really just waltzing through life. You’re on TV and you had it all figured out and had to be rich.

I’m still that rock star. No longer on TV though. I’ve broken into two other industries since – and changed cities twice in the process. It all sounds pretty remarkable when you hear me tell it. I even almost believe it when I see how some react to it. Maybe it is, I’m not quite sure. I just know my nomadic proclivities aren’t quite cured yet, albeit I am slightly more at rest at this current stop.

I am compromising my health on the regular now. Skipping on breakfast is a way of life for a lotta young people like me who have to wake up early and beat the Lagos morning traffic rush to get to work. Sodas and snacks for brunch, an undignified lunch, more Sodas, and noodles or some other shitty dinner like that. That’s how a typical day goes. Then you try to get a really good meal at some point – usually over the weekend for me.

One barely gets enough sleep. But it’s been that way since University, so one has come to terms with that, somewhat. Exercise? Lol… now, there’s something that gets romanticized every now and again. The only sporting activity one does now is the Soda can Slam Dunk at the office – a really competitive pseudo basketball game, except that we’ve replaced the ball and hoops with soda cans and trash baskets respectively.
Someday soon, I’ll just actually walk into that gym up the street and register myself, I say. Sweet nothings my mind whispers to my muscles already mired in mild atrophy, to keep them hoping that it isn’t quite the end of the world for them.

There’s way too much to learn still. As one grows, you find out you’re not going to have all the time to learn everything you want or need to. So you focus on the ones you need to do your job better or to survive, with little time left for others. I think that’s the sad thing with the way adult life is set up – you come to terms with the fact that there are some books or skill sets you’ll never have the time to absorb, regardless of interest. Because necessity takes a stronger hold on the mind than interest does when you’re grown.

Having never actually left Nigeria, it is pretty ridiculous that I tend to feel what might pass off as an immigrant experience. I read books that depict actual immigrant experiences of people long and far removed from what they used to call home and I kind of feel a tad guilty for being able to relate to it, somewhat. Maybe I just really miss home and the early years when life was simpler. Technically, home is only a couple of hours away, but you get the point, I suppose.

Lagos grows on you and then quits. I don’t even look out the window on the bus ride back from work in the evenings. My phone or an unfinished book (usually on the phone, or just the phone, mostly) take any attention left to give after a long workday.

It is only five years ago, when I had my internship in this same city, that I looked forward to bus rides every day. I basked in the sights – the lights on the ships docked at or leaving the harbour in CMS, the Nitel tower in the view from Third Mainland Bridge when you’re approaching Lagos Island and the sheer beauty on display across the city, mostly at night. I used to feel sorry for the other passengers who couldn’t be bothered to look out the window to take in the sights. No wonder you’re all so glum, I used to say in my head. Now, I know.

Morphing into a man in Nigeria is tedious. Too many things trying to get in the way of those who are making the effort. Moving out of your parents’ home and foraging out in the world on your own is kind of the ultimate rite of passage – bigger than graduating college, apparently. As you get to grapple with and slay dragons like housing and other bills, you start to think your parents may have been secret superheroes for being able to raise a home and hold down the fort with such little money! One is not even married yet and is basically grasping at straws with this being a grown-up business.

One is gradually approaching the time when being aloof about goings-on around the country and the world is no longer cool. Soon, someone in your age-group is going to hold public office and either shame us all or do well. Those are the only two options, I suppose. Although one has grown up in this country with public office holders marvelously bereft of the latter.

The world is going to shit. War looms every now and again in some corners of the world and here at home. There’s not a shortage of people willing to take other unsuspecting humans with them to their miserable deaths. You kind of has to constantly repress the news info on atrocities around so your mind could still function without breaking down at the sheer horror on display.

Life is tedious enough with the crazy schedules, Lagos traffic and the many sides to eking out a living as a young man. Now, I also have to try to not die while at it. Who’s to tell one of these guys on the bus or in the mall doesn’t have a death wish they’re looking to reach for today? This isn’t how to live.

I hate that I don’t drink coffee.