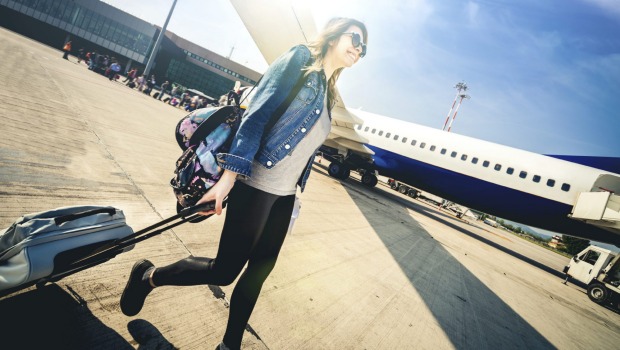 “Karen likes to pretend like she’s better than the rest of us. That’s why nobody likes her. Anyways, as soon as these fellows sort us out for the night, gimme a call, alright? We should meet up later for drinks.”

Ugh. It’s the same old attention-seeking drama every time. Nessa can’t sit still for five minutes. If there are people within earshot of her, they have to be burdened with her essence. And there’s always that one moron of a man who falls for her antics and then proceeds to dote on her. Okay, usually more than one, but who is even counting? I am exasperated. I just want to sleep.

When the Captain announced that we would have to turn back due to some technical problem with the plane, you could almost taste the collective feeling of disgust seeping through the plane as sighs echoed from different corners. This was the last flight for the day. Some guy in the adjacent row to mine swore in German – or what sounded like it, I really don’t know. He was completely bald, had no beard, and his face was contorted into a scowl that seemed like he might want to hurt the pilot if he got the chance.

As soon as we landed, we all filed out onto the tarmac. Nessa’s seat was 5 rows behind mine – she never seats close to me when we travel. Something to do with the freedom to meet new people. My sister is an attention whore. Ouch, yes, but I’ve come to terms with it. When she and Greg came down from the plane looking like a couple heading to their honeymoon the ache in my stomach hurt just a little bit more. You wouldn’t think they’d only just met on the plane. Ugh.

“Hi, I’m Greg. What’s your name?” “It’s a shame what’s happened, right. I mean, When will these airlines learn?”

Look at this one. Please go away, with your overcooked smile and fancy jacket. Yes, you’re handsome, but I don’t really care right now. No one cares, please move along. I look away at the other passengers scurrying into the holding area where we’re all supposed to get some form of debriefing and whatnot ahead of the next flight in the morning. Everyone is sufficiently pissed. Well, except Nessa and this Greg fellow. They seem rather carefree like this whole thing was a non-issue. Nessa is whispering something in his ear, and they both giggle.

The airline official saddled with the unfortunate task of addressing us apologizes profusely on behalf of the company and assures us we’ll be put on the morning flight. There’s a couple of people haggling over lodging plans for the night. Nessa and Mr. Hi, I’m Greg are huddled together at the back smirking to each other like they know something the rest of us don’t. I give Nessa the “let’s go” eye and she takes the hint. They share a long hug and I see him looking at me, eyes filled with longing. Prick. I suppose you want the entire world for yourself, then. He keeps staring as we walk away, Nessa’s grin as wide as that time we were at Don Jazzy’s birthday party in Victoria Island last year.

I go online and book a room at a hotel near the airport for both of us. As soon as we check-in, I shower, change and lay on the bed. Nessa is on the phone the whole time. No prizes for guessing it’s her new best boyfriend on the other end of that call obviously. She then lectures me on how I should loosen up and try to make the most of the bad situation. The hotel bar is nice, she says. There’s no need to allow these Nigerian airlines to ruin your entire day. We already missed the flight; might as well find something to smile about today. I hate that she is right.

Last night was a blur. I recall realizing it was a bad idea to go down to the bar as soon as we got there. There, as if on cue, was that fellow from the flight. I should have known Nessa would tell him which hotel we were staying at. Drinks and some reluctant dancing after – well, it all is a bit hazy now that I try to recollect it. I went up early to catch some sleep, only rousing a bit when Nessa came up later and snuggled up in bed beside me. I’m not even trying to remember now, there’s a flight to catch and we’re not trying to be late.

The cab ride to the airport is brisk. The driver keeps looking in his rear-view mirror at us as we argue in hushed tones about all that transpired last night. Soon as we arrive, we head to the boarding area. The flight is in 50 minutes.

“Sorry, ma’am, your flight was for last night. It says so on your ticket.”

“I know, we were here. Your plane had issues. The pilot had to reverse the plane because of some technical issue. You people were supposed to put us on this morning’s flight. That’s what you said last night.”

“Madam, I don’t understand. This plane left last night as scheduled. It landed already in London.”

“Can you believe these people, Nessa? Where’s your Greg, by the way? He’s not traveling anymore?”

“Please ma’am, you’re holding up the line. Please let this gentleman attend to you, instead.”

Wow. This isn’t happening. I want to throw a tantrum and shake up this place but my senses get the better of me. That’s kind of Nessa’s specialty, by the way – throwing tantrums, that is. She’s awfully calm now, though, just looking forlorn. Maybe because Greg isn’t here to dote on her. I now have to call mum and tell her we missed the flight after all. We’ll have to book another flight for tonight.

Mum is surprisingly calm and I’m a little angry that she doesn’t share my frustration at the airline for messing up our flight plan. She says to wait at the lobby for her. She and Dad are coming over to get us. I tell Nessa they’re coming to get us and she just nods wistfully. This one is obviously still thinking about Greg, who apparently changed his mind about flying this morning, I guess. The bald German-ish fellow too, I wish he was here now. Maybe he’d have broken something or make these airline pricks pay for their scam. I am tired.

“Sigh. Did she stop taking her meds again?”

“See, I’m tired. Please let’s go and get our daughter.”