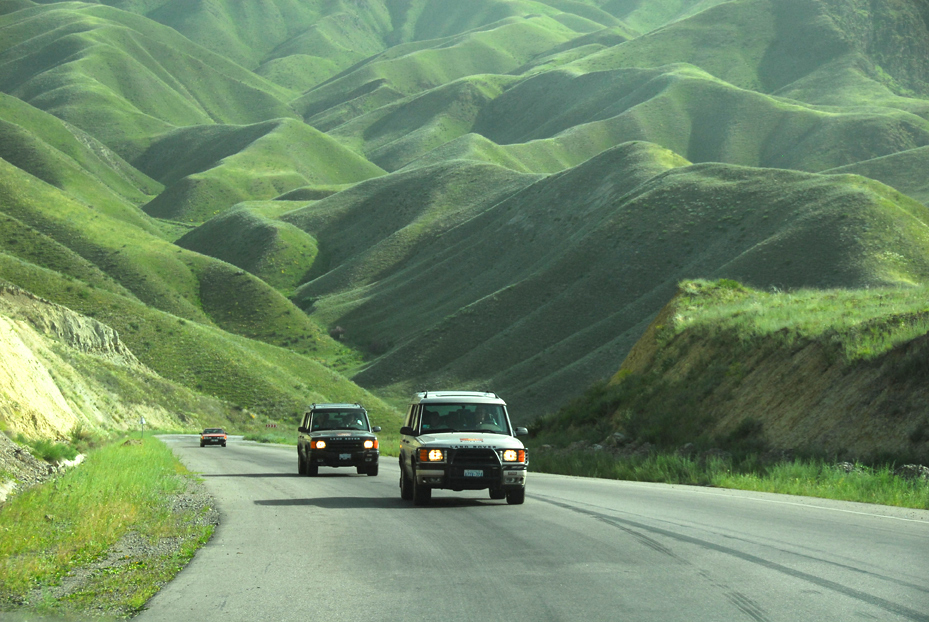 One question that has flitted through my mind more frequently lately is:

Why haven’t we built an algorithm that racks up a person’s cumulative “road miles” and/or heat map? You know, kinda like we have air miles for air travel.

I mean, we have figured out a way to tell how many kilometers a player ran, how many passes they put through in a single football game — and it’s not like they were on a treadmill or something. Can we not look at a person and immediately know they got, say about 25km road miles under their belt?

Since the Fall of 2012 when I shipped out for my NYSC in eastern Nigeria, I have been on the road an awful lot. Barring the central and northern States (for obvious — and yet coincidental — reasons), I have transversed or made a stop at nearly all the other states in the country since.

You spend enough time in a moving bus and you’ll pick up a few things. From catching up on an unfinished book, an article or Long read on your device, trying hard and often failing to make use of the depressingly poor Internet to check your twitter and the other attention sapping apps you traffic online, to glancing at the other passengers so as to reassure yourself that they’re not mannequins and that you’re not being goaded into an elaborately planned kidnapping, one tends to look out the window and let the mind roam. Or you write — like I’m writing this right now.

I always take a window seat if I can help it. Seats 10, 8 and 14, in that order, are my choice seats, as they give you a mixture of comfort and enclosure coupled with the window view at the same time. (Seat 14 is least on the scale as it has the extra pesky feature of being atop the rear right tire and you get hit hardest by the shocks from the road bumps — just like at seat 11, but 11 is an odd number, so yeah…)

Please let the reader picture a God is Good executive bus for all intents and purposes. Although there are other lines I seldom take.

I find it extremely difficult to sleep while traveling. Much like some folks find it quite hard to read while in motion. I don’t have that problem, thankfully. But staring out the window in transit is my favorite pastime. There’s no telling what I might see or the rad things that may pop in my head.

The countryside is not exactly aesthetically appealing, to begin with. Trees and vegetation interspersed with the occasional rural settlement don’t necessarily make for viewing delight. But seeing and hardly taking note of them as they whiz past — kind of like visualized Doppler effects, if you may — creates a canvas for my mind to work with as it paints fleeting pictures.

Or is it us doing the running? Sometimes I think, what if the trees by the roadside, with their arcing branches nwhatnot, are really just trying to hail a cab and no one is stopping for them? What if those at Saganmu are trying to get to a tree union meeting at Órè?

Looking out the window, your whole life can flash before your eyes in intermittent bits. Sometimes, I’m awash with existential thoughts for extended periods and at other times, grandiose imaginations prevail. Also, there are moments random and bizarre thoughts come to one’s mind — like the thought on stacking road miles that prompted this post. Although, I also think it’s much more complex to track a person’s accumulated road miles because of the inconsistencies with ticketing and data logging with the transport companies. I suppose it’s easier for airline companies.

I think the feeling of taking in the sights and taking a trip in my head while my body is simultaneously on a cruise is why I enjoy these trips so much. Except for the fatigue afterward of course. I have often toyed with the idea of paying a cabbie to just drive me around town so I can stare out the window and think. Maybe it’ll be something I’ll do regularly when I have a driver later.

I am yet to fly anywhere — and I wish I could give an elegant-sounding reason like the fear of flying for never having been on a plane ride. Well, let’s just say it kinda has been the case that I seemed unable to afford to fly right when I really needed to. Weird.

Maybe when I fly soon enough I will be able to take these trips in my head as well. Maybe the clouds will be a better canvas for my mind. Maybe they won’t, and I’ll miss the trees. Maybe I will chat with the next passenger. Maybe I’ll close my eyes and sleep.

Until then, I’ll ride the bus.